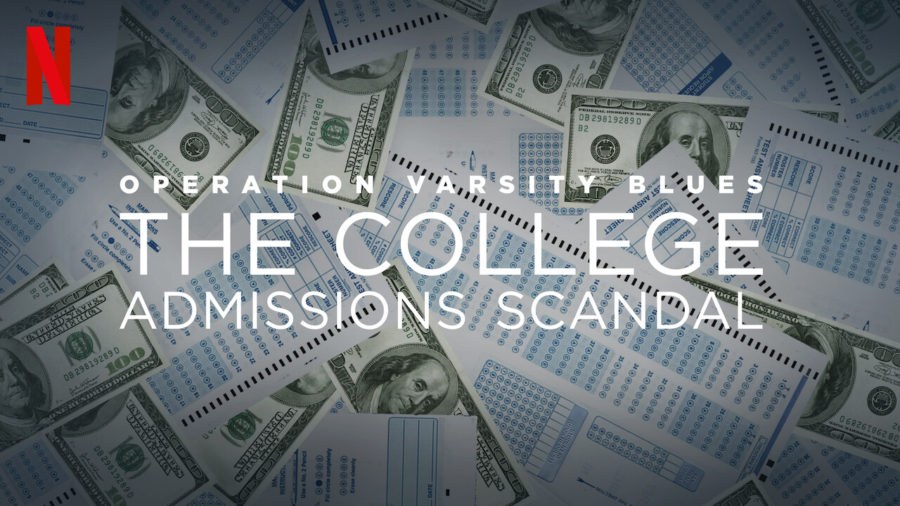 On March 17th, Netflix documentary Operation Varsity Blues: The College Admissions Scandal left American viewers in shock. Unfathomable as it may be, the American education system is full of corruption and social injustice; in 2020, multiple individuals, including media star Olivia Jade, were revealed as contributors towards the inequality in the college admissions process.

The documentary is a play-by-play overview of the scandal masterminded by Rick Singer. Aiming to expose the full truth of the corrupt admissions system, the documentary includes face-to-face conversations with Rick Singer, real clips of Lori Loughlin and other popular individuals, and detailed reenactments of the heinous operation.

Operation Varsity Blues was a ploy to get children into elite universities through “side doors.” One side door allowed wealthy parents to essentially bribe colleges into accepting their child. Under false pretenses, children were portrayed as recruiting prospects for particular sports such as soccer, rowing, and water polo. Prestigious universities such as the University of Southern California, Yale, and Stanford accepted these children as a part of their sports recruiting program and received a “generous” donation from the parents. Ring Singer connected with many recruiters and formed relationships with them; the recruiters turned a blind eye to Singer’s operations and accepted the individuals in hope of more funding for their program.

Another side door manipulated the standardized testing system. Rick Singer found loopholes in the ACT system. By having individuals qualify for extra time on the ACT, Singer hired proctors to essentially take the test for these students to attain a specific score. The ploy once again exposed the corruption of the American education system, showing how wealthy individuals cheated the system. Igor Dvorskiy, a former proctor, was paid off by Singer; the documentary went through the detailed process of how parents approached Singer to request a certain ACT score, and how he handled the rest. In certain situations, the child had no idea that their score was, indeed, attained through illicit methods. Other proctors were involved in the scandal as well, and they are currently being caught or awaiting a sentence.

One may infer that Rick Singer is rotting in jail with all the people involved in the scandal. However, he is walking in the open. Singer avoided immediate jail time by cooperating with the FBI and exposing every individual involved in the operation; more than 50 people have been sentenced to prison for their involvement. The documentary explains how Singer was caught through the NSA’s recordings of his phone calls. Singer was then approached by an FBI agent and offered a deal to catch all the others involved. While these “side doors” are no longer open, the American education system is slowly crumbling. Standardized tests are moving towards extinction as the COVID Pandemic exposed more flaws relating to wealth distribution.

The documentary on Operation Varsity Blues spreads awareness of the corruption in the education system and serves to spread hope—hope that the situation will get better for America’s youth. Faith must be restored in order for the American education system to progress, and the exposé of an atrocious operation helps to do exactly that.